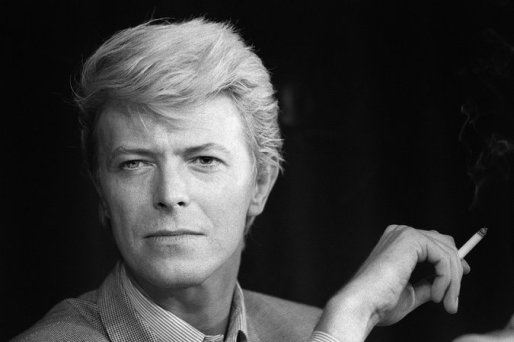 Months have passed in which a musical genius left us, suddenly;  our village was menaced by bushfire and Volkswagen became a 21st century symbol for the psycho corporates who are killing us softly with their smog.

Also, colouring-in books for grown-ups are on the bestseller lists and more people are practising meditation to de-stress, or to get an edge. Getting the zen of gongoozling—that is anything like daydreaming, that takes me off myself—can include helping others, solving a wicked David Astle  (DA) cryptic crossword or enjoying a good run of luck on the Black Jack table, to name a few. I’m sure you all have your own distraction-of-choice. Legal or otherwise.

Music is one of mine.

David Bowie was 68 when he made Blackstar, the 25th and last album of his 50-year career.  He knew he had terminal liver cancer as he laid down haunting tracks like Lazarus, singing, ‘look up, I’m in heaven’. The song betrays a longing for life, for a second chance. For immortality. None of us wants to go quietly.

As was many a child of the 1970s, I was a fan of David Bowie over his long career from the heady, gender fluid salad days of Aladdin Sane, and like many, have come to regard Major Tom (Space Oddity) as a funereal anthem for the Earth. A soundtrack to our existence as a species. (Even today as I write, Stephen Hawking warns us we humans must escape to the stars this century or probably perish sometime in the next few thousand years).

The Milky Way photographed from New Zealand in 2015.

In this, my 60th year — I’m here against the odds—I take nothing for granted. Not one day passes uncherished.

We have a simple life, Frances and I. We are  cheered on by loving family and a few dear friends; we have each other, we have things to do and things to look forward to. We are readers and writers and we listen to music, watch movies, solve puzzles. We grow vegetables and herbs. We volunteer for wildlife rescue. We love gourmet vegetarian food, Eurovision and Nordic Noir.  We harm nothing.  We laugh more than cry

Adele Horin, the crusading Sydney journalist, died aged only 64 in November after penning a moving post  where she said simply her luck had run out.  Adele, who never smoked, got lung cancer.

And luck is what has been on my mind.

Watching the attacks on Paris, Beirut, Jakarta; the deliberate downing by ISIS of a Russian jet, the multiple suicide bombings; witnessing cruel patriarchal religions reprise their rigid, bloodthirsty ways makes me wistful for a poetic, kind, wise and inclusive world view that cherishes diversity, has a sense of humour and blesses its luck.

In a town in Syria they are eating their pets.

No child of the Irish Famine is ever  unmoved by starvation. And those poor wretches in the Middle East are eating grass – just as my ancestors in Ireland did when they also slit the veins of their livestock to add a little  nourishing blood to the milk. Is it any wonder we will need to flee to the stars to survive?

The choice is how we live, not how we die.

Every girl child learns as far as religion is concerned, she is a second class citizen. She cannot be a priest in some mainstream creeds like Catholicsm; she must defer to men and accommodate their desires and commands without demur. In the most barbarous, she is abused, mutilated,  reviled and her life proscribed by her gender. She may as well wear an Elizabethan Scold’s Bridle as a burqa.

Sarah Moore Grimke, an American suffragette, when asked more than a hundred years ago what women wanted, said: “I ask no favours for my sex . . . All I ask of our brethren is that they will take their feet from off our necks and let us stand upright.”

Portrait of Lao-Tzu, Chinese philosopher from the 6th century BC, drawing by Sesshu Toyo (1420-1506).

If I follow any one star it would be the Chinese archivist Lao Tzu who 5,000 years ago in the 6th verse of Tao Te Ching  described God, thus:

The spirit that never dies

is called the mysterious feminine.

Listen to her voice,

hear it echo through creation.

Without fail, she reveals her presence.

Without fail, she brings us to our own perfection.

Although it is invisible, it endures;

it will never end.

I am also guided by a story included in a commentary on the ancient Tao Te Ching, called, “Bad luck? Good luck? Who knows?”

There once was a simple farmer who lived and struggled alongside his neighbours and friends, trying to exist and fulfil a peaceful life. One day news arrived from far away, that his old loving father had died. His neighbours gathered to grieve, but the farmer simply said, “Bad luck? Good luck? Who knows?”

In time relatives brought a very fine horse of great cost and fine breeding, left to the farmer by his father. All the villagers and neighbours gathered in delight with him to celebrate his good fortune, but he just said, “Bad luck? Good luck? Who knows?”

One day the horse escaped into the hills and when all the farmer’s neighbours sympathized with the old man over his bad luck, the farmer replied, “Bad luck? Good luck? Who knows?”

A week later the horse returned with a herd of wild horses from the hills and this time the neighbours congratulated the farmer on his good luck. His reply was, “Good luck? Bad luck? Who knows?”

Then, when the farmer’s son was attempting to tame one of the wild horses, he fell off its back and broke his leg. Everyone thought this very bad luck. Not the farmer, whose only reaction was, “Bad luck? Good luck? Who knows?”

Some weeks later the army marched into the village and conscripted every able-bodied youth they found there. When they saw the farmer’s son with his broken leg they let him off. Now was that good luck? Bad luck? Who knows?

The Yin-Yang view of the world is serenely cyclic. Fortune and misfortune, life and death, whether on a small scale or vast, come and go everlastingly without beginning or end. Remembering alternates with forgetting.

As to the ‘who knows’, there is a plague of righteousness across the Twitterverse where comic genius Ricky Gervais has reminded the religious everywhere:
“There have been nearly 3000 Gods so far but only yours actually exists.The others are silly made up nonsense. But not yours. Yours is real.”

A wheelchair came into my life last year. It’s excellent for galleries and exhibitions. I can see and absorb the art without feeling puffy and anxious.  (Would you believe the main brand of wheelchair available here is called ‘Karma’?). I have since experienced ‘the silence of the limbs’, as nobody actually speaks to the person in the chair. She does not exist. This effect has military applications, potentially. An invisible cloaking.

So Frances wheels me into Hardly Normal to buy a Go Pro camera. I ask the sales person a question about mounts and she addresses her reply to Frances. I am not there. Hello! I’ve got the purse!

On New Year’s Eve, a starry, starry night,  Frances pushed me flat chat  down our street after dark and we enjoyed some local illegal fireworks. 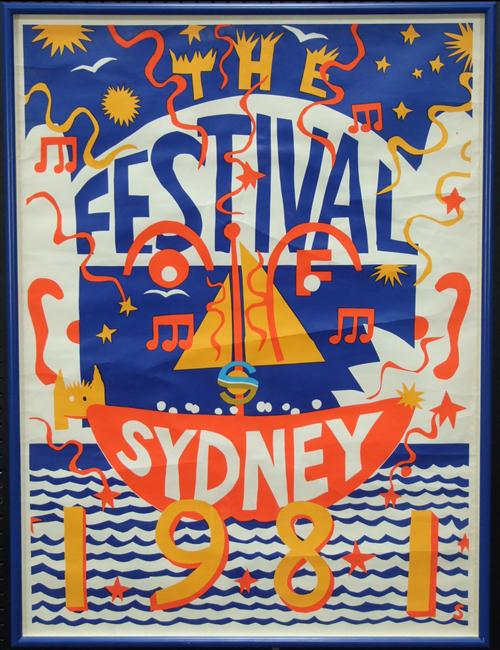 This month, on January 14,  I will have lived in Australia for 35 years.

Streaky blue and green and red fireworks find me blinking away tears as the year ticks over. Gunpowder in the air, kids whooping, dogs barking, the crash of the surf and me sinking deep into the arms of Australia, my Island home with so much damned luck.

And some of that luck has rubbed off on me. More luck than I deserve.

Rest in Peace David, and thank you for the music.

20 thoughts on “And the stars look very different today”